THE BEN HECHT SHOW, James Sherman's critically acclaimed solo performance piece is now available for bookings at theaters and individual organizations.
Ben Hecht was a legendary playwright (The Front Page, Twentieth Century) and screenwriter (Nothing Sacred, Wuthering Heights, Gone With The Wind) who used his skills as a newspaperman to be one of the first American journalists to write about the Nazi atrocities during World War II.  Using Hecht's own words from his two books of memoirs, Sherman presents the wit and wisdom of this important artist and social activist.

"Sherman does a fine job of bringing Hecht's self-deprecating form of self-realization into play as he opens the door to serious questions but never forgets the advice he was given about always injecting humor into his arguments."

"Despite this story being very telling about terrible things, it is a story that will open your eyes to the man himself and his creativity and brilliant writing."

- Around the Town Chicago 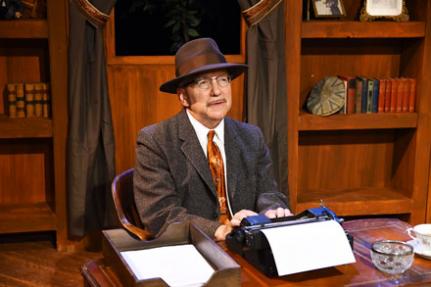